We are calling all women cyclists to sign up to this great charity bike ride.  If you are female and enjoy cycing then make sure you put Sunday 18 June 2017 in your diary.  Our client the Freewheel Pub and Cycling Cafe in Graveney, nr Faversham, will be hosting one of the best charity bike rides in Kent – the Divas on Wheels!   It’s the second year running this incredible charity bike ride will be hosted by Kent’s leading cycling cafe and we are delighted to be working with both the Freewheel and the Pilgrims Hospice on pre and post publicity for the event.

Charity bike rides in Kent are increasingly popular with not just local cyclists but also cyclists from across the South East.  Kent has thousands of great cycling routes and the Freewheel is ideally situated just a stone’s throw from the award winning towns of Faversham and Whitstable and just a few miles from the breathtaking country roads of the North Downs.

The Divas on Wheels is a great initiative set up and run by the Pilgrims Hospices in Kent.  Last year over 150 women took part in the charity bike ride which raised over £9,000 for the hospice and this year we want to help then double the numbers!

If you are new to cycling then have no fear, as you have 5 months to prepare and the Freewheel has set up training sessions that will get you get fit and confident on the road.

What route should I take?

There’s two routes to choose from, a shorter 25 mile ride or you can take the plunge and book onto the 50 mile route.  Both routes will take you down country lanes and there will be plenty of refreshement stops and also bike heroes should you get into any difficulty. 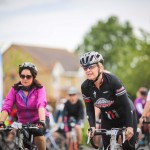 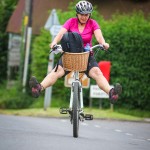 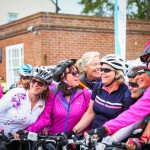