After the enormous success of National Fish and Chip Day in 2018 we had set the bar very high for the next, and 4th year; we needn’t have worried…our hard work in the 6 months leading up to the 7th June paid off and we smashed our previous results.

On Friday 7th June 2019 it seemed there was only one thing to talk about – fish and chips!  This was a national PR campaign that everyone was talking about. Our #nationalfishandchipday hashtag was trending from first thing in the morning until late in the evening. Our team of social media experts worked tirelessly to keep up with the hundreds of thousands of posts on Twitter, Instagram and Facebook – there was something very different about the posts this year – marketers across the country were finding clever ways of shoehorning their brands into OUR hashtag!  Our favourite was an anti-phishing campaign which chose our day to launch!  It seemed everyone, whether food related or not, wanted to be a part of it! This is the result of a steady and consistent increase in brand awareness since the early days of National Fish and Chip Day.

The Rise team absolutely love national PR campaigns – it’s where founders, Sarah and Jo, began their careers and nothing gives us greater joy than getting stuck into a campaign.  We spent 6 months sowing the seeds of this national awareness day with print, TV, radio and online journalists, producers and influencers and that continued communication really did pay off.

We kick-started the 2019 campaign with a smart new re-brand. We designed a stylish new logo and the Union Flag was phased out and replaced with a new icon, but we retained the red, white and blue elements of the logo. The new logo has worked brilliantly in all formats from logos and on social media, to t-shirts, exhibition stands, gazebos, caps and bunting.

We always kept up the National Fish and Chip Day presence on social media all year long and that continued brand awareness has lead to huge rises in followers on all our streams.

There really are too many highlights to list here, but seeing our National Fish and Chip Day poster in the cafe in Coronation Street, working with the RAF in Estonia who joined in the celebrations while of operations out there (there was a great piece about this on Forces TV), the Fishermen’s Friends band photographed at the stunning Minack Theatre wearing our t-shirts were a few, but you can’t beat seeing the incredibly creative way fish and chip shops across the country responded to the day – they really do embrace it and go all out to give their customers, old and new, something to celebrate, which is what the day is about after all.

In terms of results, delivering fish and chips to Zoe Ball’s studio kick started the national media coverage on the day, following by This Morning, Loose Women, and a huge array of national radio all day long and then taking over the majority of The One Show with our friends Craig and Nikki from award-winning Kingfisher and their fabulous fish and chip van.  They had been slaving away all day feeding hundreds and hundreds of people fish and chips at Trinity House in London, before heading to the BBC for the live show.  They were absolute stars!  We also arranged a brilliant film piece for Saturday Kitchen which featured the importance of buying sustainable fish.

Of course, national coverage and social media is just part of it – the regional and local media jumped at the chance to talk about fish and chips in their area and it seemed every local radio and TV station wanted a piece of the action, as well as print media and digital.

If you want help with your own national PR campaign don’t hesitate to get in touch – we would love to share our expertise with you. 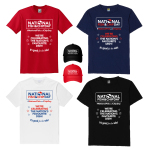 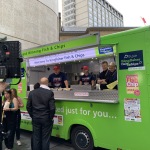 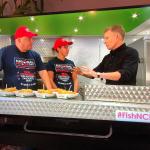 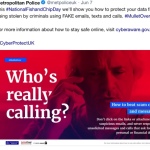 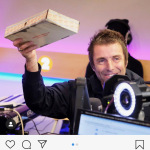 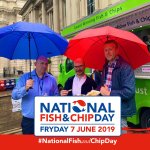 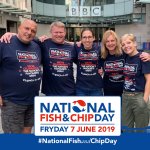 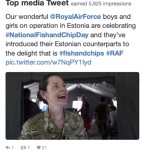 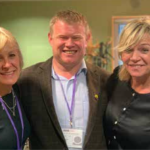