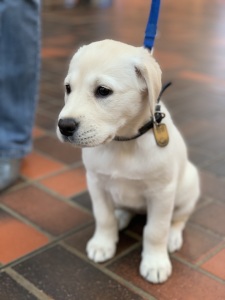 This was very much a 24/7 role, as the nature of working with a shopping centre, meant that messages and comments appearing on social media, needed to be responded to immediately and also to ensure the greatest of caution was taken in each reponse.  It was also Hempstead Valley’s 40th Anniversary year (they are the oldest shopping centre in the south east), so this meant extra excitement in helping to organise the celebrations.

As well as work with the shopping itself itself, we saw our role expand to working with some of the Centre’s tenants, offering PR and marketing advice if and when needed.  We also got to meet some great people and dogs, always snapping away to get a fun pic to put on social!  The Rise team built up a great working relationship with the team at Hempstead and very much hope to work with them again in the future.

It’s great when the hardwork pays off with a nice testimonial – “Hempstead Valley was supported by RISE over a crucial 14 month period and brought a fresh outlook to the centre marketing that has helped to provide a new direction and contacts for the future. If you are considering using RISE, don’t hesitate”.   Mark Rumfitt, Hempstead Valley Centre Manager